To qualify for induction the inductee must have accumulated at least 200 points from the following system and must have won at least three (3) National Titles:

1. To Qualify - Known outstanding achievement prior to 1970

2. To Qualify - Inductees must have won at least three (3) National titles prior to 1983

1. 75% of all surviving ACTA Skeet Shooting Hall of Fame members must approve any amendments to the selection criteria.

2. Points can only be earned by an Australian whilst being a member of the ACTA. 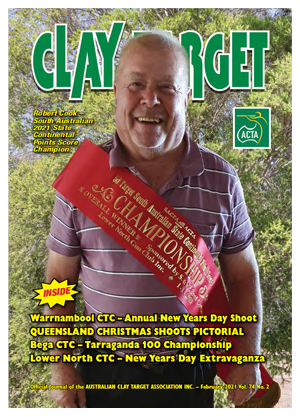